End of an Era

I wrote a while ago about coming of age issues with my kids.  We 'celebrate' the milestones differently.  And you'd think after 21 years, we'd be used to having the rug pulled out from under us.

It's happened again, and we didn't see it coming.  We never do.

FTD is at the Vocational HS.  He put in 4 years at the academic HS,  and as well as grades K-12, he attended the pre-kindergarten and 2 years of special needs pre-school.  In the state of Ohio, a child can stay in public school until the day before his/her 22nd birthday.  We've taken the position that it's a safe environment and they might actually learn something.  Children with special needs are usually pushed out of the system asap by staff and administrators, because of the cost of educating and transporting these children.  We pushed to keep them in public school, despite of all the heartaches that sending them to school creates. We fought battles at every, and I do mean every, step.  We thought our plan would be to let FTD stay one more semester at the Voc HS.  His birthday is early February, so he could get one more complete semester in.

Not gunna happen.  I should have figured something was up, when 2 people I didn't know showed up at FTD's IEP (Individualized Educational Plan) meeting.  Shoulda known. You'd think I'd have learned this by now... after attending more than 20 of these meetings for FTD and 20 for DD.  But no.  I ended up being blindsided yet again.

One of the newbies at this meeting was apparently assigned the role of "You be the one to tell her."  Tell her that they don't actually have a place for him next year.  Nothing to teach him.  Nothing for him to do, except babysit him.  Her words.  I've often said that school has often been nothing more than glorified babysitting but to hear it from the other side of the table was pretty sad.  She couched her info, under the guise of things like, 'You know he's way older than the other students," and "He's not really interested in his classes" and other junk.  Duh.  He was at the meeting and he clearly, and with out hesitation said, "Well, if it was something I liked it would be interesting."  Sadly, they had no program for something he likes.  They wouldn't let him in the Transition-to-Work program because he'd only be here for a semester and that wouldn't work.  Wha??? The why weren't they doing that for him this semester?  Because last year when he was in the supposed Jobs Training Program the only thing he learned is that they don't like his hair or beard.  Jeezus-f-ing-.....  Seriously?  That's the only thing you could see in my son?  Really????  They didn't look very hard. And apparently they decided not to look this year.

I don't feel we've wasted the last two years, but we surely didn't get anything but a safe place to exist.

I don't want a life of mere existence for my children.  I want them to live.

Our caseworker from the county board of developmental disabilities was there with us.  He and our other caseworkers have sort of hinted around that they didn't think much of public education for children with special needs.  They hear the griping all day long from parents.  But I'm an educator.  I wasn't ready to give up.  I am now.  And good riddance.

Without our permission, the newbie at the meeting contacted the Ohio Bureau of Vocational Rehabilitation (talk about a crappy name) to get FTD enrolled in that program.  We met with a caseworker there when he turned 18, and it was pretty dismal.  The person we met did nothing to make us feel like we were making a good choice or that this would be a good thing.  So I'm treading pretty lightly now.  Donn assures us that things will go better this time.  Lord I hope so.

So the upshot is that on May 17, my older son will be done~~forever~~with public education.  The end of a very long and very trying era.

Have we met these goals? He is polite. Very polite.

He has two friends and feels that's plenty.

I won't be here for his last day of school.  I could pull him now, and spend many more precious minutes with him before I go.  He still wants to stay here this summer, and we're now working furiously to find a room mate for him, in addition to his caregiver from the Board of DD.  The newbie woman asked at the meeting if he wanted to 'bother' to attend the Senior recognition day.  To bother to attend?  Jeezus, lady....  She'll think of some kind of 'certificate' they can give him.  Crap, lady he earned~~earned!!~~ a high school diploma!!! I'm so tempted to just say his last day will be May 4th, then DD and I can leave on Monday for Yellowstone, and get set up well before I have to report for duty.  And he can start the next chapter of his life, too.

Have I ever mentioned that having children with special needs means we're in a permanent state of grief? There are moments of joy, like watching DD at his party this weekend. But those moments are few and far between.  I hear parents with typically developing kids who worry about drugs, alcohol, and sex.  That would truly suck, too.  Maybe being a parent is mostly about worrying.  Oughta be a better system.....  maybe when I'm Queen of the World, I'll figure it out.
Posted by Unknown at Saturday, March 17, 2012 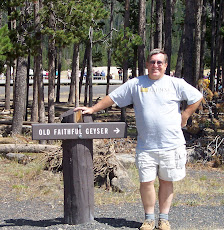 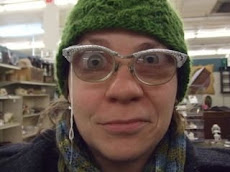 A face a mother can love! 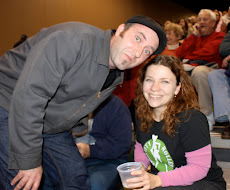 Cool stuff for the cheeky knitter! 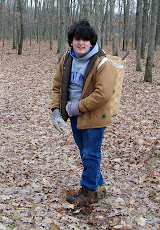 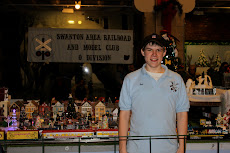 Know how your kids said funny things when they were little? Like my nephew's famous line, spoken while holding a rock to his ear and apparently speaking to it: "It's my rocky-talkie"?

Autism is a communications disorder. My kids continue to come up with language use that makes more sense or is just plain funny.

I offer up this sampling:

"You fine okay that?"

"When you me want pack?"

"A CT scan is like being stuffed in a roll of toilet paper."

People Who Are So Bored They Read My Blog:

Read All About It! My favorite authors